Thought for the day…..”  Wise people think all they say, fools say all that they think”

Some dramatic lighting before a storm makes this building stand out (and it was quite a storm that followed !!).   Believed to be a Sheraton hotel in the city of Batumi on the Black Sea coast of Georgia.   Georgia has a population of about 4.7  million people and became independant from Russia in 1991.  Mountains rise to over 5000m.  The name of the present-day capital, Tbilisi, is derived from the Georgian word for warm.  Perhaps the most famous Georgian was Josif Vissarionovich Dzhugashvili, known as Stalin or man of steel. Born in 1879, Stalin became the second leader of the USSR (after Lenin). Stalin led the USSR until his death in 1953. 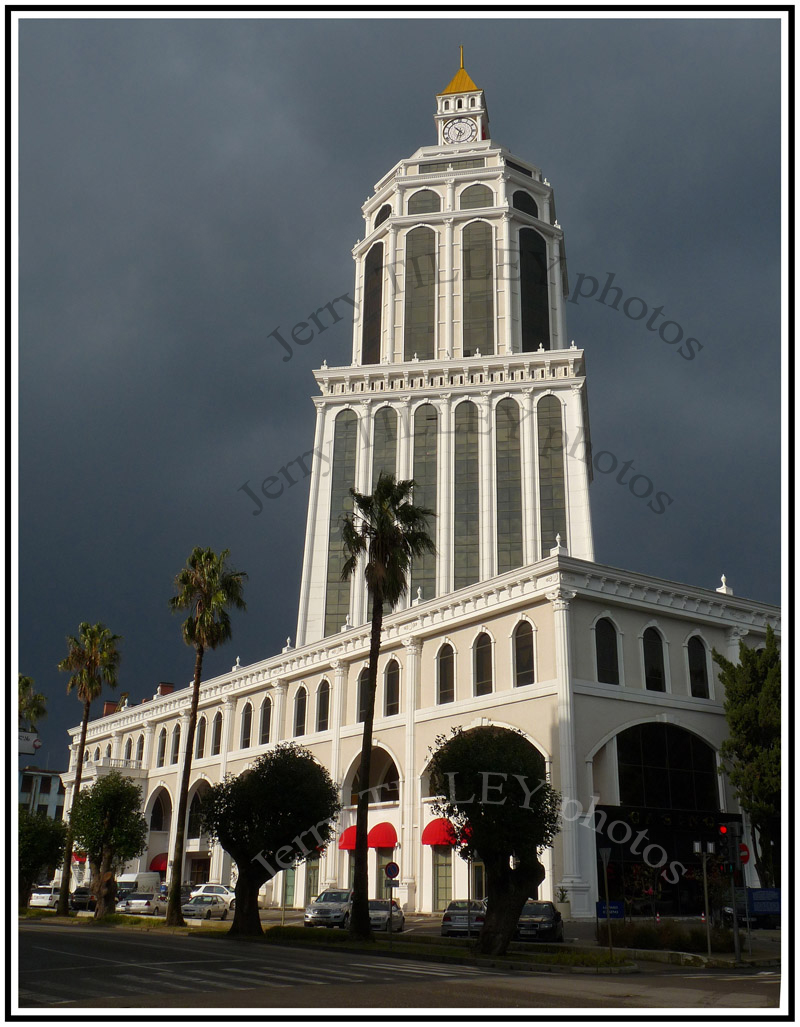