Thought for the day….” The biggest room in the world is the room for improvement”.

”  Happiness is a road to travel, not a goal to reach”.

Did you know that the original Swiss army knife was grey, not red?  And in the beginning, when the knives were made for the Swiss army, they did not feature a corkscrew because soldiers were forbidden to drink whilst on duty.  Apparently, on modern Swiss army knives, the corkscrew is the one part that is not made in Switzerland (it is manufactured in Japan instead).  The Swiss army knife started life in 1897 after being developed by Carl Elsener.   His idea was to manufacture something to stop emigration due to unemployment.  The design has been so successful that it has even been used in the Space Shuttle.  It is now possible to buy a Swiss army knife WITHOUT the knife part, so that it can be carried on flights (a knife-less Swiss army knife!) .   Wenger, one of the two main companies producing the knives (the other is Victorinox)  produces a knife known as ‘The Giant’, with some 87 tools included on it.    And here is a photo of one…which was on offer in Switzerland for CHF 1200…… 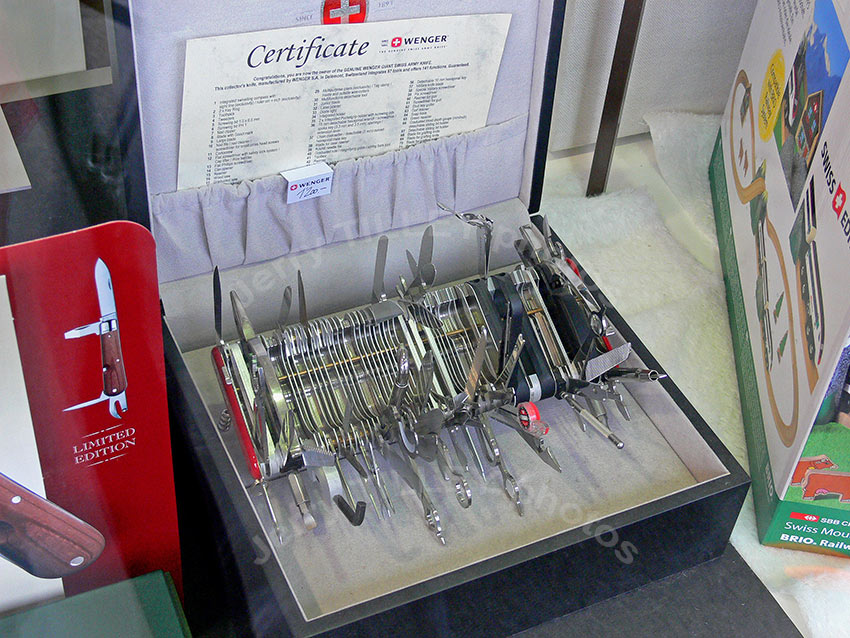 One strange or odd fact about the Swiss army is that they accidentally invaded the neighboring country of Lichtenstein in 2007 after getting lost in a rainstorm !!

And a photo from the archives, this time from Cuba….4 modes of transport in this shot…..