Thought for the day…”If things do not go right, go left”

“Success – keeping your mind awake and your desire asleep”

More depressing news from New Zealand….even more flights and even bigger aircraft.   As well as increased numbers of flights from the USA and also from China, Emirates airline has announced that it is putting a 4th Airbus A380 on the route to Auckland.    This will mean that there will be 4 A380s at Auckland at the same time in addition to another A380 from Singapore Airlines.  Whilst the tourist board in NZ may be congratulating themselves on record numbers of visitors, the country just cannot cope with ever-increasing numbers.   The country has a population of just over 4.6 million people, but now receives over 3.3 million tourists, many of whom want to see the same few places.   The last 2 summers have seen accommodation fully booked, and tourists having to sleep in cars due to the lack of accommodation.  Buses and flights have been fully booked, and it has even become necessary to reserve some mountain huts ahead.    Queenstown (known as the adventure capital of the world), with a population of around 22 000 people, is now receiving over 2 MILLION tourists a year.  You can imagine what the town centre is like there in high summer.   But the tourist board keeps encouraging more and more flights, thinking that more and more tourists are good for the economy.  Yet the very nature and beauty that these tourists are attracted to is fast becoming destroyed (there have been attempts to build a monorail in one of the national parks already).

Some of the popular walking tracks (such as the Abel Tasman coastal track and the Tongariro Crossing) are now so crowded that they are considering giving people starting times for the walks, in an attempt to spread the crowds out.    Clean and green New Zealand it once was.  Now it is crowded and busy NZ.   So the news that the airlines are putting on even more flights to cope with this demand is hardly surprising, yet nobody in government has had the courage to stand up and say that there is a limit to how many tourists that NZ can accept.   It seems that every month that a new record for tourist arrivals is being reached (China is the big growth area for incoming tourists), with no sign of it easing up.    So when those millions of tourists do finally arrive in NZ, then the fun and games trying to find accommodation, rental cars and domestic flights begins.    Those politicians who think that unlimited numbers of tourists are good for the NZ economy should take a trip (assuming that they can get a seat on a flight or bus) to Queenstown or Milford Sound in summer and see just what sort of effect the millions of tourists are having.    Start queueing now !!!

Early morning in Geilo, Norway for the photo today….great colours from the Fuji camera together with clear air helped make this such a good photo.  The early morning mist had almost burnt off when the photo was taken. 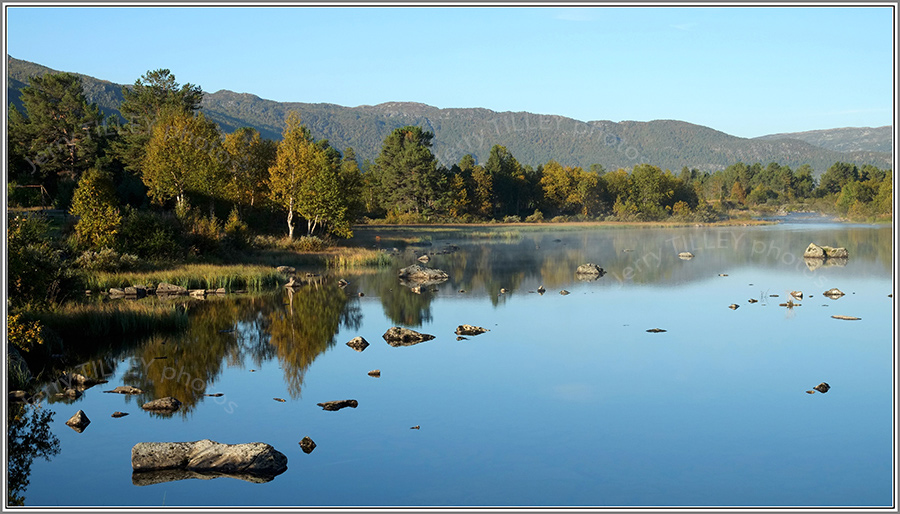 and another photo from the archives…two tourists admire Lake Wanaka, Pembroke Wanaka on the South Island of New Zealand. Two tourists managed to creep into this photo even !!