Thought for the day..”Public opinion is no more than this: what people think that other people think.”

“Courage is fear holding on a minute longer.”  (George Patton)

What is the world coming to?    News on the internet is that the Swiss town of  Bergun in the Graubunden area has voted to ban photography in it’s area.    People taking photos will be fined CHF4 under the new bylaw.     Apparently, the local council has already taken down publicity photos from the internet.    So many places in the world are restricting photography, you have only to think of the USA where photographing public buildings is now likely to lead to trouble with the authorities,  and in many places in the world, taking photos near an airport is also likely to lead to problems.     It is amazing that the central government in Switzerland has allowed the town of Bergun to introduce the new photography ban.   It would certainly change my decision to visit any town if it had a photography ban.  What has happened to freedom?   And what is the town of Bergun so afraid of???    Surely any town should be please that people want to visit and take photographs.    And because Switzerland is usually a civilised country, then the photography ban is even more surprising.     Recently Sweden introduced a complete ban on filming from drones/quadcopters without special permission, and other countries are gradually introducing more restrictions as well.

Today’s photo is a scan of a slide taken many years ago, a local train from St. Ives passes the beach at Carbis Bay in Cornwall, England. 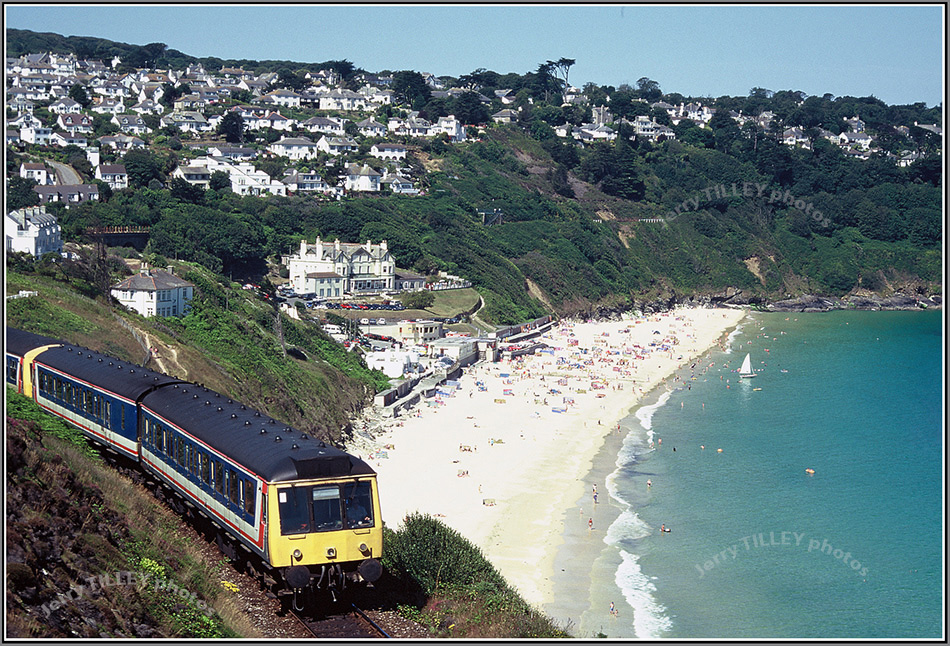 and another photo…..a scanned slide photo from the 1990s.   A Penzance to London train in the Glynn Valley near Bodmin Road in Cornwall, England. 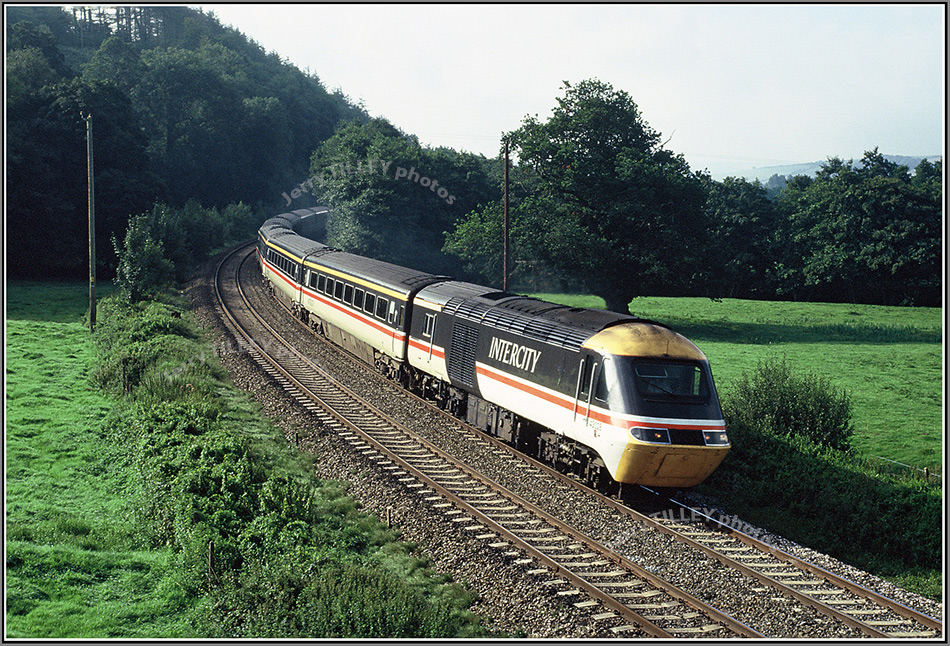