Worse service on the airlines, and more to come

Thought for the day…”The envious man grows lean at the success of his neighbour.”

“Hope is such a bait, it covers any hook.”

It is amazing that so many people are still choosing to fly with airlines, as a new round of cuts in services are leaked in the press.  The Hong Kong based  Cathay Pacific Airlines has announced that it too will follow the trend and squeeze in 10 across seating on its Boeing 777 services (the aircraft was designed for 9 across, so the change to 10 across will mean even less shoulder room).  There is also talk about going to 11 across onboard the A380, with the same result, less shoulder room for passengers.  And following on from that announcement, it seems that the Lufthansa group will move towards a ‘buy on board’ system for food.   It is being trialed at the moment, and apparently SWISS airlines (part of the Lufthansa group) are also going to trial a buy on board system.    Here is an example of one of the ‘meals’ that was served on a Lufthansa flight not long ago…about 100g of cheese and bread.   No plate, no meat and no other food. 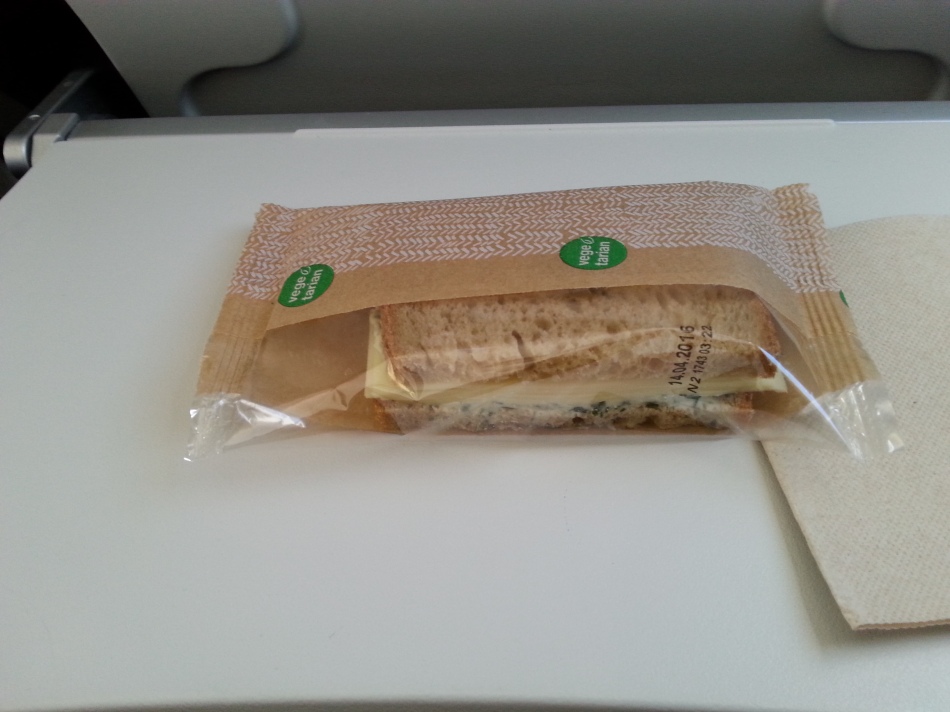 So even before they start charging for food onboard, then they had almost cut out the included ‘meals’.  Earlier there was the news that British Airways were going to reduce the seating pitch onboard, meaning that their passengers would have LESS leg room than those on Ryanair.    And Lufthansa have also followed the trend by squeezing in more passengers on their new Airbus A320 NEO aircraft.   They have also removed one of the toilets (to fit in more seats) and made the remaining toilet even smaller.   Less leg room, less shoulder room and now even less food onboard.     The airlines mileage/frequent flyer programmes have been devalued so much that they are now virtually worthless, so the question is, is there any point now to choose one of the original airlines over the budget alternatives? Seems not.   You often have to pay for checked-in baggage, advance seat selection and a higher basic ticket price on thee traditional airlines anyway.    So why choose them?????

In most other businesses, giving a poorer service would usually drive people away, but it seems that the airlines are an exception.   Poorer service now, but still increasing numbers of people wanting to fly.  One thing is sure, the airlines that have increased the seating to 10 across on their 777s will not be seeing me onboard.   The limit has been passed.  Economy class has become a test of endurance, and is far from a pleasure now.

Staying with the theme of aviation, a photo that is now history, an AirNewZealand 747, seen here at Brisbane airport in Australia in 2004

and another photo from the archives….a local man in Southern Oman…. 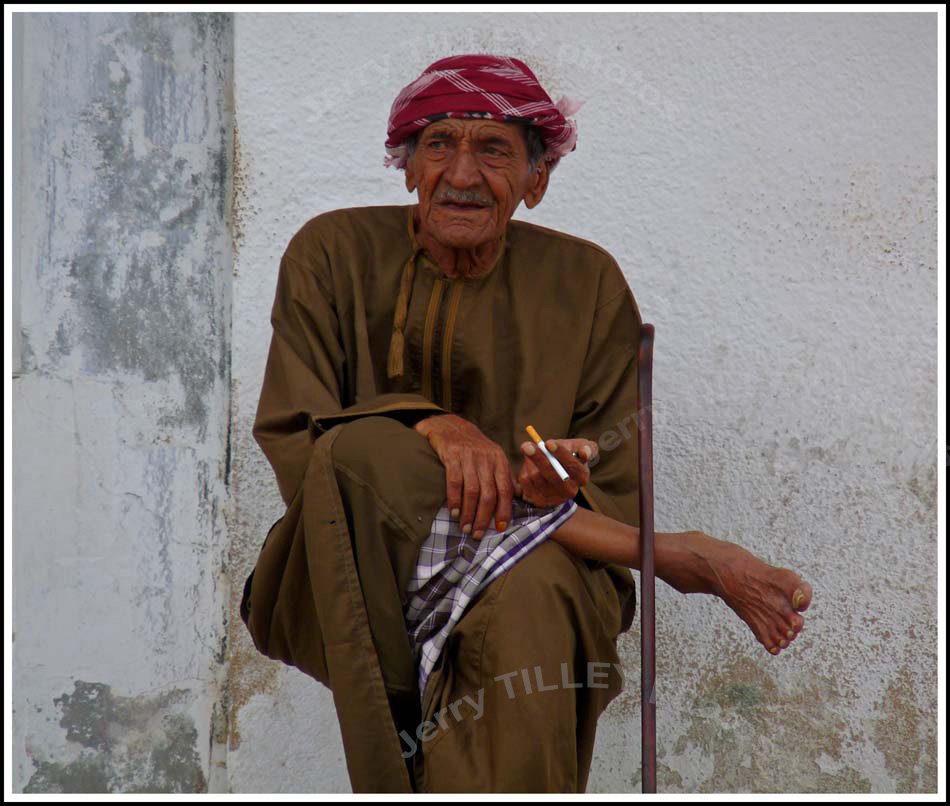 Is air travel becoming too cheap?

Thought for the day…” A bad attitude is like a flat tyre.  You cannot go anywhere until you change it”.

” Look up to the sky.  You will never find rainbows if you are looking down”  (Charles Chaplin).

Is air travel becoming too cheap?   The Flight Centre, an Australian/New Zealand chain of travel agents, published some figures to show how the cost of a return ticket from New Zealand to Europe has fallen in real terms.  Interesting reading….

Travel’s golden era
• Best price of a return flight from Auckland to Europe:
• 1947: $1170 (85 weeks’ pay of average worker)
• 1980: $1800 (six weeks’ pay)
• 2014: $1500 (1 weeks’ pay)
Source: Flight Centre
_____________________________________________
Whilst the days of the 1 euro ticket in Europe have disappeared, it is still possible to get flights for under 20 euros.
The New Zealand tourism department are no doubt congratulating themselves on the record number of arrivals into New Zealand, now over 2.9 million arrivals a year.    The airlines are hopping with joy at the demand for seats to and within New Zealand.  Emirates Airline now flies 3 Airbus A380s a day to NZ, Chinese airlines are putting on extra flights and even low cost airlines like Air Asia and Jetstar (part of Qantas) are planning to increase services to cope wit the demand.   All very nice for the the airlines who now have full aircraft.   All very nice for hotel and motel operators in NZ, who are often fully booked.  BUT not so nice for the small towns and popular places in New Zealand.  Most of those 2.9 million tourists want to see the same few places (such as Rotorua on the North Island, and Queenstown on the South Island).   Some of the most popular walks (for example, the Tongariro Crossing) are so crowded that the idea of giving walkers start times has been discussed.   The media in NZ often shows the traffic problem in Queenstown, which at one time was just a small lakeside resort in the mountains.  Tourists are sometimes finding that their travel plans are now dictated by where they can get accommodation, rather than by where they want to go.  Same situation with buses, plans are now being dictated by when the bus has available seats, rather than by when and where the tourist wants to go.  As the number of tourists goes up, often the level of service goes down., cafes, shops and tourist attractions are suffering from the big increase in visitor numbers.    Queenstown, which was once a small, quiet lakeside town has become a major internnational tourist resort.    Try finding traditional New Zealand local life in Queenstown now.   Difficult.    The situation in some places (again Queenstown springs to mind) is becoming similar to the Caribbean islands, where the arrival of 2 0r 3 huge cruise ships absolutely swamps the local towns, when 7 or 8 thousand tourists descend at once.
No sign of any tourists in this photo, the hills near Tarras, Otago, New Zealand.  As usual at the end of summer, the hills here are very dry, and there is little for the sheep to eat.  This view was taken from the main road which heads down to Queenstown.

and another photo from the archives….festival girl in El Salvador….

Thought for the day…” Those who forget where they came from, tend to get lost where they are going to”.

Now it is part of everyday life, but only 111 years ago, flying was new.  The Wright Brothers’ first flight could have been performed within the length of the cabin of a 747 jumbo jet.    And before 1926, a person could fly an aircraft without a license.  Soon after the first flying licenses started, Ellen Church became the first stewardess in 1930.   Although an Airbus A320 is pictured below (from the Swiss company Edelweiss Air), the largest Airbus, the A380 is over 72 metres long and weighs around 590 tons.   When flying, the 4 engines on an A380 have a working temperature of 3100 degrees, whilst the actual aircraft is made up of about 4 million parts.    It also takes around 3600 litres of paint to paint one!

If you are wondering about the flower painted on the aircraft, the Edelweiss, it is normally found between 1700 and 3000 m altitude in the Alps, although some forms of Edelweiss are found much lower down in the Artic regions.  It can be used to make an oxidant-rich tea, and also can be used as sunblock or moisturizer.    And the flower was used in the Rogers & Hammerstein musical, Sound of Music.

And a photo from the archives…. a girl from Swaziland, Africa. Great neutral light for this photo, and a subject who was a natural. 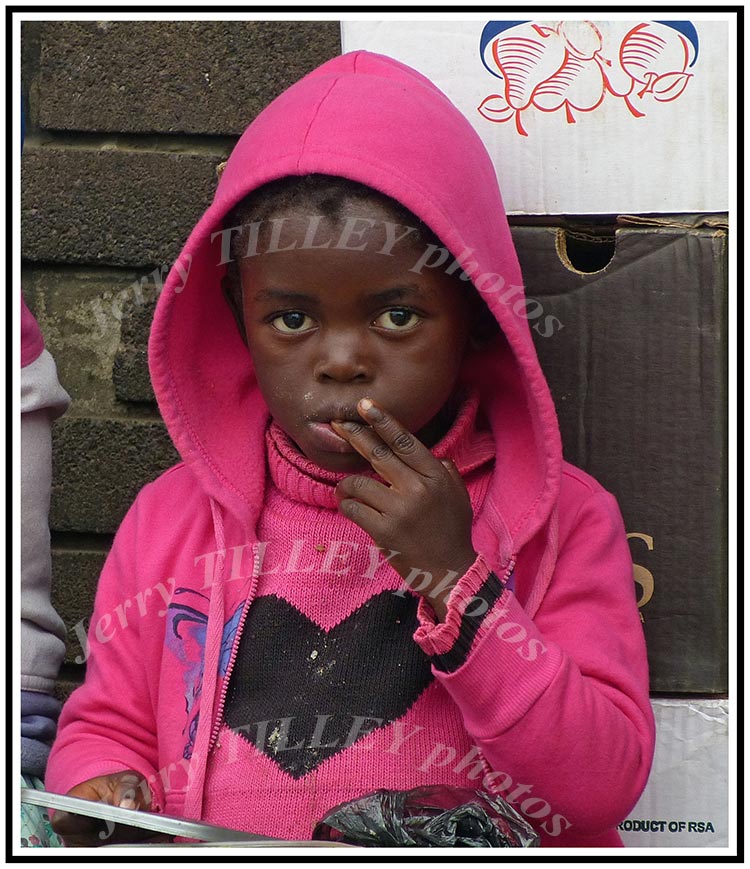