Thought for the day…..”Actions and consquences are a packaged deal”

Travel has just got easier for me.     The USA, as usual paranoid about security has introduced rules which stop TOURISTS like me from getting the ESTA electronic visas.    If you have visited any of the countries on the USA list, then you are now ineligible for the ESTA visa.   This also means that you cannot transit the USA.     The American government cannot get it into their heads that there are TOURISTS who visit countries like Iran, Iraq and Sudan to learn more about the culture and life there.   But paranoid American officials now consider TOURISTS like these as a security risk.   So it is an easy decision for me, no more visits to the USA.  I will take my TOURIST dollars/euros/dirhams somewhere else.

And now I see that Australia is also becoming much like the USA.   Now at international airports in Australia, they have made the body scanner machines compulsory.   Of course they are saying that there is no danger to the public, but officials also said the same thing with the original body scanner X-Ray machines, until it was discovered that there WERE health dangers with the scanners.   So when they tell me that there is no danger (officials also said the same thing after the Chernobyl nuclear accident) then I do not believe them.   So I will not be compulsorily irradiated because I am innocent.    So now I will be avoiding Australia as well, including in transit.   And apparently, Australia wants to start trials of facial recognition technology at gateway airports to avoid the need for passports.    How much more big-brother is coming???       So two countries on the off list (USA & Australia).   Makes planning the next trip easier.   Their loss, my money will go to other countries.    And is it not about time that these stupid rules about liquids are abolished???    Since when has a 200ml tube of tooth paste or shampoo been dangerous??

And why do they make the pilots go through security checks as well?   Are they afraid that the pilot might get control of the aircraft??   Has no airport official ever seen the STUPIDITY of making pilots (who have full control of the aircraft) go through a security check?   I watched one pilot at Brisbane airport recently having to remove his mobile phone from his pocket to go through security again.  Yet no official has ever questioned the logic of such a stupid procedure.

Having been attacked and robbed recently by a bandit with a bushknife (see the previous post) I was searching around for a new Fuji camera.  I was amazed to see on a website with sample images from a Fuji camera, and advertisement for stab-proof jackets (see the screenshot below).   Either my internet is being monitored, or it was an amazing coincidence…. 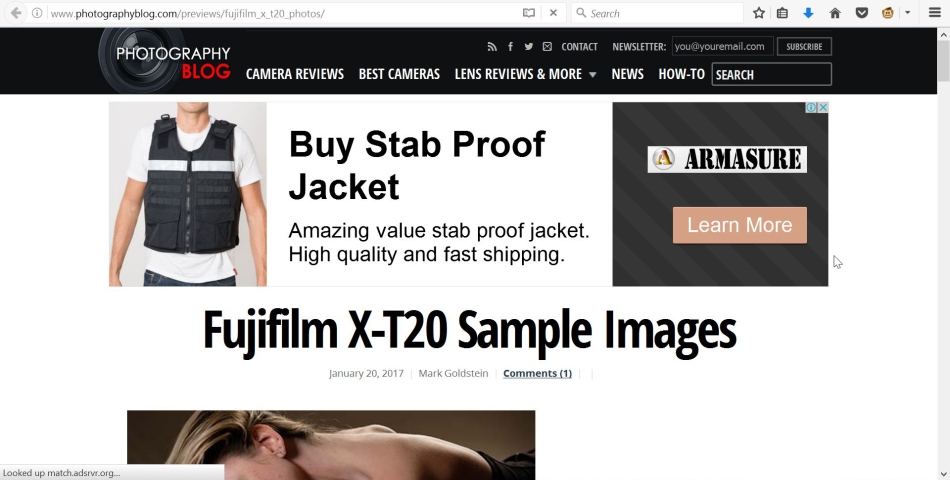 and a photo from the now-stolen camera…..again great sharpness and colours from Fuji….. 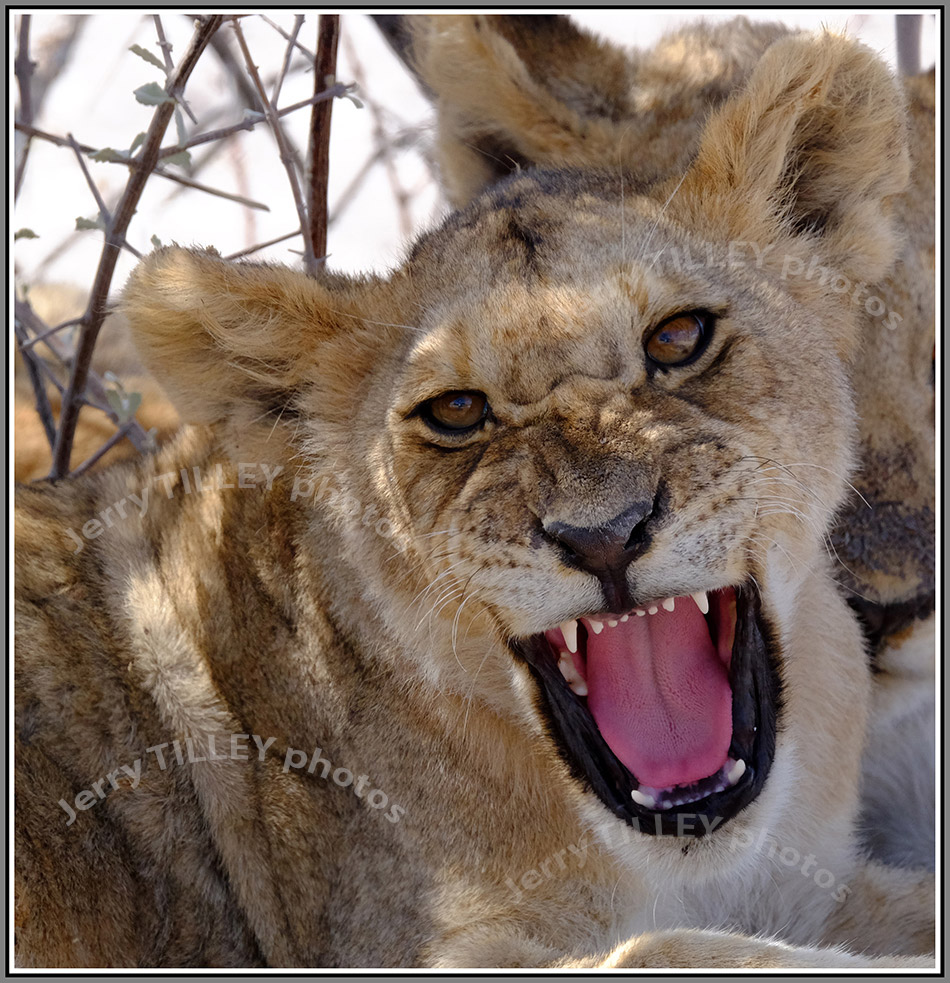 Thought for the day…” It isn’t premarital sex if you have no intention of getting married.”   (George Burns)

“Dreams are not what you see in your sleep.  Dreams are the things that do not let you sleep”.

Nice photo of the historic Cardrona Hotel, Otago, New Zealand for the photo today.    Cardrona lies about 25km from the town of Wanaka, on the mountain road to Queenstown.    Cardrona was originally a gold rush town which grey up in the 1860s.   The historic hotel in the photo was used in advertisements by the Speights brewery in New Zealand.   Nowadays it is the nearby Cardrona ski area which attracts tourists, although now that the road to Queenstown is sealed all the way, then the route through Cardrona is much busier.  Occasionally you still see people panning for gold in the nearby river.   The photo was taken in colour, then selectively changed to black and white.

and another photo out of the archives…taken on safari in Kenya…..

Face to face with a lion – Not the Quality Spa Resort Hotel, Norefjell.

Thought for the day…..” The secret of success and a rich life is to have more beginnings than endings”.

A different sort of portrait for today’s photo and face to face with an African lion.  After tigers, lions are the second biggest members of the cat family, with an average male weighing 180kg (females 130kg).  They can sprint up to 80km/h but only for short periods,  Average lifespan is about 12 years.   They spend about 18 hours a day resting, and hunt mainly at night.   This one was seen in Zambia.

Photo of the Day Saturday 11 May 2013 – Not the Quality Spa Resort Hotel, Norefjell.

Thought for the day….” Some minds are like concrete,  thorougly mixed up and permanently set”.

” Obstacles are what you see when you take your eyes off the goal”.

Did you know that a lion may sleep for 20 hours a day?   Or that you can judge the age of a male lion by the darnkess of his mane?  And did you know that a lion’s heels do not touch the ground when it walks.  The average male lion weighs around 180kg and the average female weighs around 130 kg.   A lion can sprint for a short distance at up to 81 km/h, and in the wild, have an average life span of 12 years.  Lionesses do most of the hunting, as in the photo here shot in Kenya a few years ago.  Not a good day for the wildebeest !!