Photo of the day Tuesday 4th September 2012 – Not the Quality Spa Resort, Norefjell

Thought for the day…..”  A smile is a curve that sets everything straight.”

Did you know that the first photograph was taken in 1826 by Joseph Niepce, although it was Fox Talbot who invented the negative in 1839.    The first colour photograph came in 1861, but the first digital camera came in 1973, a charge coupled device that took pictures 100 pixels by 1oo pixels.    All these facts are to back up today’s photo, which is a black and white photo for a change, but the style suits this sort of photo very well.  Staying with the Turning Torso building in Malmo, but a photo taken from almost underneath it.   The photo works much better in Black & White.   See what you think…….

Happy not to be at the Quality Spa Resort Hotel in Norefjell.

Thought for the day…” It is better to look ahead and prepare than to look back and regret.”

South Sweden for the photo today and one of the landmarks of the city of Malmo, the Turning Torso building.  54 floors and 190m high and the tallest skyscraper in the Nordic countries.  It also has 147 luxury apartments.  As a comparison, the Burj Khalifa in Dubai is 828m high and 162 floors.  Sadly, the Turning Torso building is normally closed to the public, although it would certainly give great views from the top. 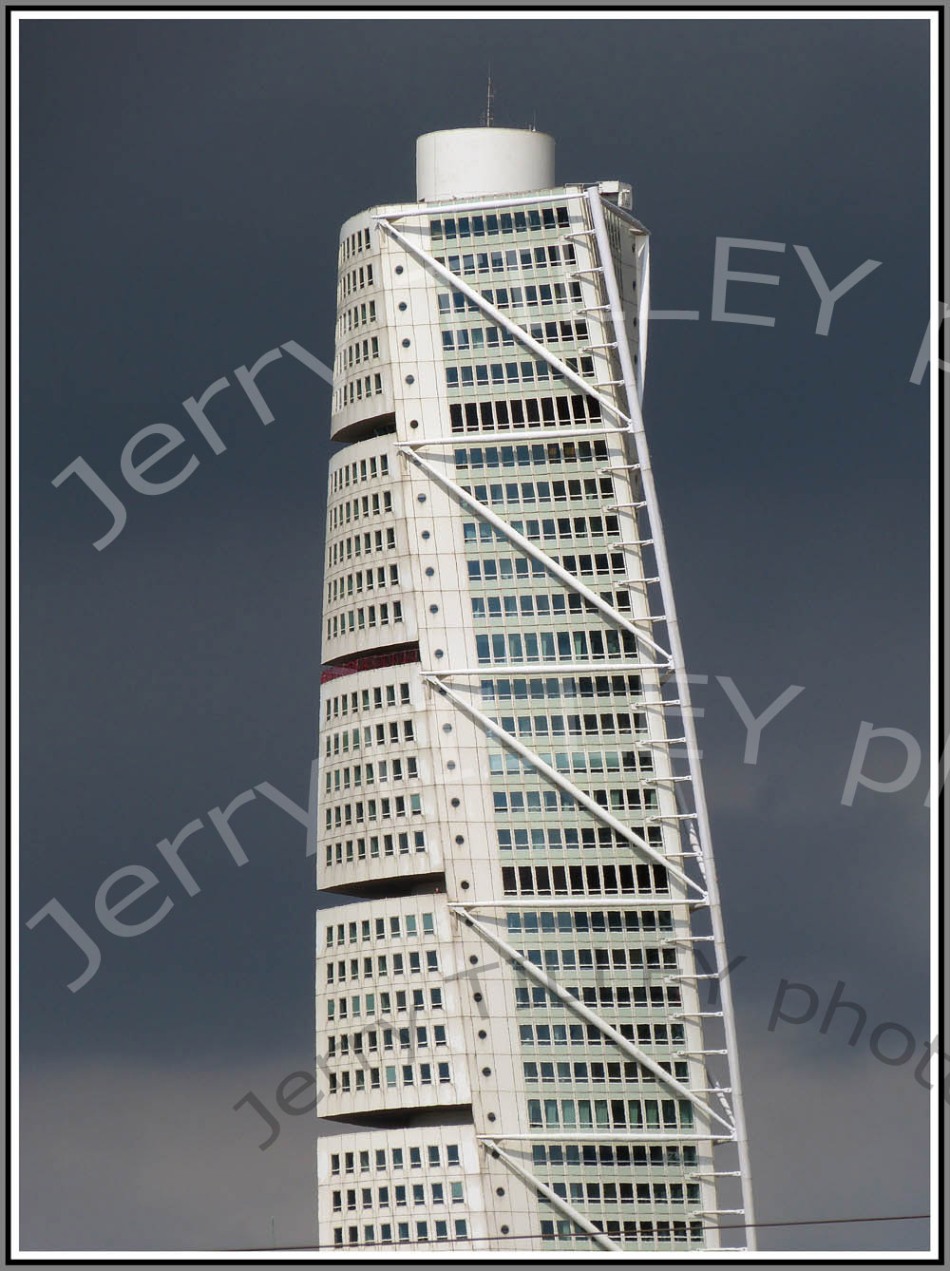