Thought for the day….”For every dark night, there is a brighter day”

“Arriving at one goal is the starting point for another”.

Next time you look at a map of New Zealand, you might notice some changes.   And not changes for the better either.   The politicians in New Zealand are giving in to the Maori people and are changing more and more names from their English names to alternative Maori names.  There are even new names for the country itself (I refuse to mention the new name for NZ) and for the two main islands, which up to now have been known as North Island and South Island.   But the politicians either do not have the guts to resist or the will to resist the increasing demands of the Maori people.     Changing the names of places is just another sign of how this group of people are gradually taking over New Zealand.    What the politicians are ignoring is the fact that New Zealand does not belong to maori people, as they were not the original people of the country.     Not only that, but under the treaty of Waitangi, they even signed agreements over land ownership.   So now, after all these years, they cannot claim that it is ‘their’ land and there can be little legal right for them to insist that names of places in New Zealand are changed to their names.

But the politicians have just given in.

So tourists when the visit New Zealand will start seeing more and more Maori names, and will probably believe that NZ actually belongs to the maori people.  Quite how a MINORITY group of people has got this to happen is strange.   English, not maori, is the language of the majority of people in New Zealand.    Places such as Mount Cook (the highest mountain in New Zealand) should keep its English name.    But the politicians have other ideas.

A peaceful summer scene for the photo today…another triumph for the Fuji X-E1 camera.    Taken as a jpeg photo and cropped to produce this pleasing image.

and another photo from the archives….a backpacker talks to a local boy in Nepal….. 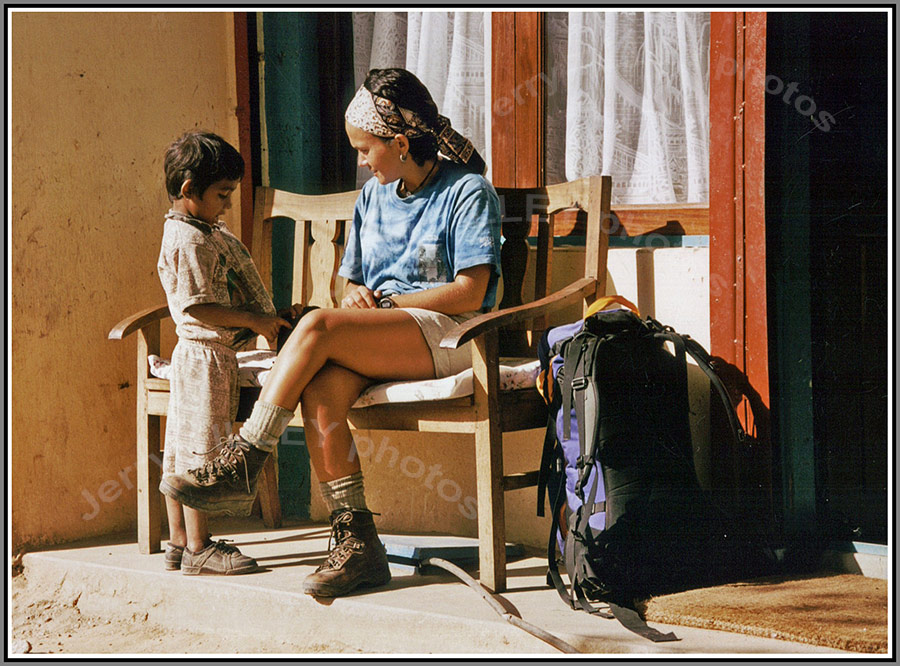