Thought for the day…”Postive anything is better than negative nothing”

“If your ship does not come in, then swim out to it”.

The Norwegian capital, Oslo, becomes even more unpleasant to walk around.   It seems that in the very centre of the city, that drug dealers can openly sell drugs, and drug users can wait around, apparently without the police doing anything.   As soon as you come out of the main train or bus stations then you see it.    The newspapers were reporting that the Norwegian police said that they had lost control of one area (Gronland), and the situation seems to be getting worse.    Go for a walk early morning and you may see used syringes on the ground.   Walk around after dark (not recommended) and you will see drug dealers openly selling.    It is very clear who the drug users are, but they seem to be immune to action.    Add to that the large number of begging gypsies in the city and Oslo has become an unpleasant and dirty place.  But why are the police not doing anything??  Surely the use of hard drugs must be illegal in Norway, but these people apparently get away with it, and openly too.   And all the begging gypsies apparently do not have any legal right to stay in Norway, so why are they allowed to remain?    What are the police doing about it?   I wonder.

Today’s photo comes from north Norway, and from the fishing village of Honningsvag.

and another photo from the archives….the same photo as in the previous post, but this time converted to black & white. 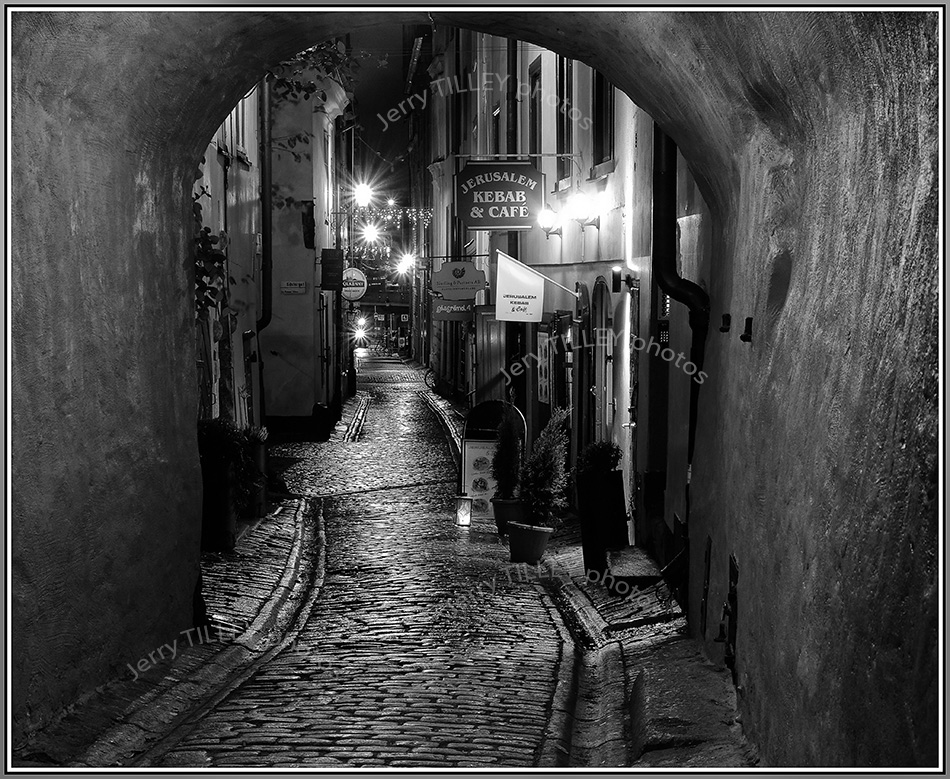 Down the alleys of Stockholm

Thought for the day…”It is better to know some of the questions than all of the answers.”

“You can’t help getting older, but you don’t have to get old”

and another photo from the archives….pondering the moment in Ethiopia…..

Thought for the day…” We are going to have peace even if we have to fight for it”   (Dwight Eisenhower).

“Those who are easily shocked should be shocked more often    (Mae West).

Nice photo of the sunrise on 20th Februrary for today’s photo.  One of those occasions when it was so lucky to have the camera ready AND be in the right place at the right time.     I took a series of shots as the clouds and light changed, but the aim was to get the clouds to appear to come out of the electricity pylon and a frame around the best of the clouds.  See what you think.  As the light was changing so fast (and the clouds were also moving fast due to the strong winds aloft) then there was not time to set things up properly, but the results were fine.  Hopefully the time-lapse of the moving clouds will be equally dramatic.    So much fun with a camera !!!

and another photo out of the archives….night train from Trondheim, Norway to Oslo……This was one of my first night shots with the Fuji X-E1…. 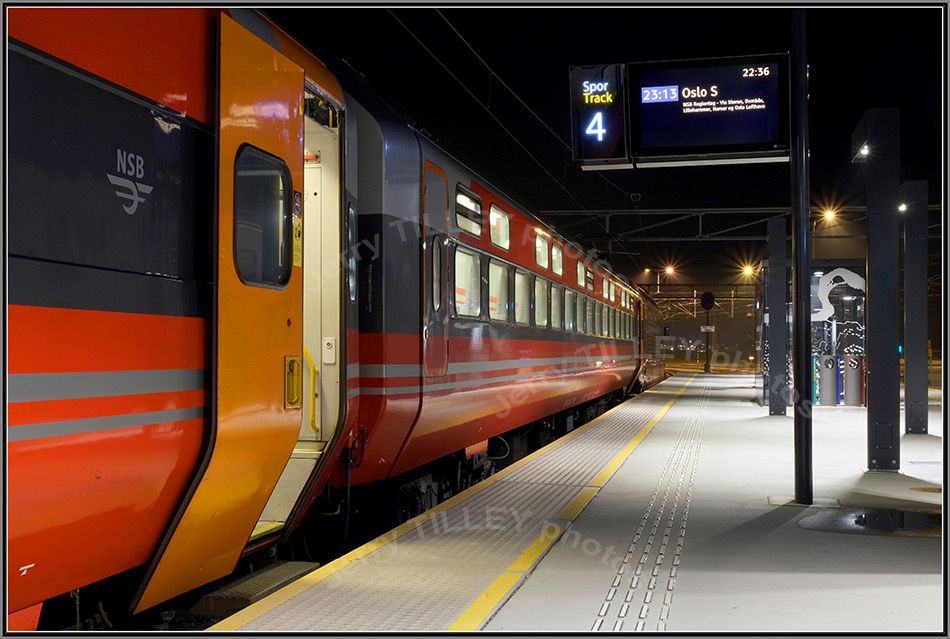 Thought for the day…..” Life is a great big canvas, and you should throw all the paint on it you can.”

I am still battling with DBSchenker/GLS to have my new cycle delivered.   Some of the people working there should really not be working in anything that involves dealing with customers.  The way that things are going, then it is going to end up in court.  Not hard I would have thought to deliver a cycle to correct address, but apparently it is.   So DB Schenker are now on the off list too.

Hong Kong for the photo today and a shot of the streets by night.   7 million people live in this small area, making it one of the most densely populated areas in the world.  Surprisingly, it has the second longest life expectancy in the world.   Probably it is at its most crowded during Golden Week, the first week in October, when the city is really packed.   A good stopover though.

Happy not to be working at the Quality Spa Resort Hotel in Norefjell.