Thought for the day….”The moral arc of the universe bends at the elbow of justice.”   Martin Luther King

What would you do if you were on holiday and you were violently attacked and robbed?    An interesting question, and worth thinking about.   It just happened to me, and it is interesting to think about what happened, and what followed.   A few days ago I was in the highlands of Papua New Guinea.  As there was no flying that day, I took the chance to go for a walk in the villages.    PNG is dangerous, and I had read about the walks NOT to do, and opted to remain on a busy path between the villages.  I walked passed villagers every few hundred metres, so for a lot of the time I was always near other people.    A lovely summer day, cool up in the highlands so it was perfect for walking.  It was also great for me to see from ground level some of the areas in the hills that I had been flying over.   The villagers were friendly, and many of them stopped to talk, rural Papua New Guinea.     After a few hours I headed back to the main road, wanting to be back in the main town before it got too hot.     Even on the way back, I was passing many villagers heading to and from their homes in the hills.   Children playing in the yards, village people selling produce from small huts, and men and women walking back to their houses to rest.    All very quiet and peaceful.    As usual, I took lots of photos, especially early on when the light was perfect.

Almost back to the main road, and in good time too.    I crossed the final wooden bridge before the last stretch to the main road.    Walked up the hill the other side then started the descent towards the main road.     Suddenly behind me I heard a man shout.    I turned and then was attacked by a raskol (the local name for a bandit or criminal) who was using a bush knife (the blade was about 30-40cm long, with a long handle).    What was particularly surprising was that the bandit was so violent.  Normally when you are attacked then the advice is not to resist, but this time I had no chance to offer money, watch etc.   The bandit was intent on slicing me with the bushknife.   Using the daybag as a shield on my side, I deflected the slashes with my right arm.  Strangely enough, at the time I did not feel the cuts, and it was only afterwards that I saw all the blood.  It was a natural reaction for me to put my right arm up as defense.    Not that an arm is much resistance against a bush knife used by a violent bandit.    The bandit hacked the camera off me, then ran off.  For a moment, I thought about chasing him, but then thought that he was too violent and that he had already been trying to cut me up.  Despite being a fast and well-trained runner, I thought that it was better to let the camera disappear.

The bandit had been lucky.    About 100m before the attack there were people sitting and about the same distance in front of me there were 2 people as well.  So that is perhaps why he ran off when he got the camera.   He could have got more but the camera seemed to have satisfied him.

The attack was only about 700m from the police post on the main road.  After a visit to the local medical centre to get the right arm seen to, I visited the police station to report all the details.     One thing that I have learned about PNG is that many people are fearful of reprisals from the raskols, and fear attacks on their families.   So this means that even those people who saw the attacker will not describe him or reveal his name.    He will probably continue to do the same thing against others.  Violence is common in PNG, often involving neighbouring villages and groups.     Law and order has broken down, and in many areas, it is the locals who sort things out, sometimes violently.

A couple of photos from before the camera was stolen…

And another photo, again from PNG, 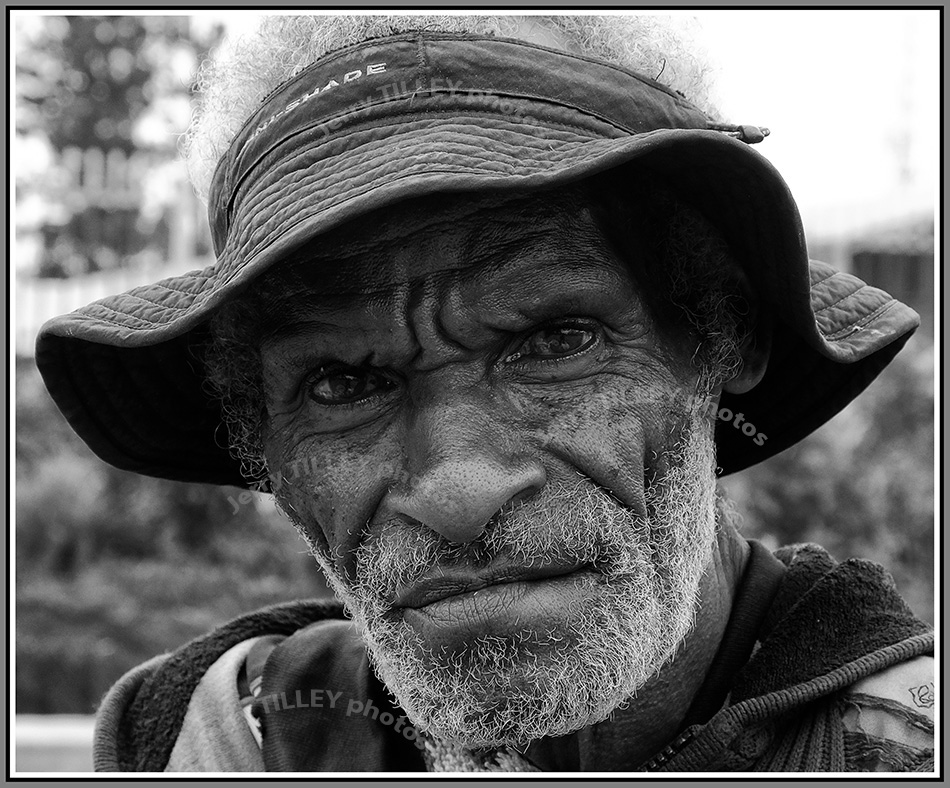 Last light of the day….from above

Thought for the day…”I’ll try anything once, twice if I like it, and three times to make sure” (Mae West).

Up in the air……Who is the biggest?  The largest airline in the world (in terms of revenue, profit and fleet size) is the American Airlines group.   In terms of passengers, Delta is the world’s biggest private airline, with around 129 million passengers a year.   Emirates Airlines (UAE) is government owned, but their revenue last year was around USD 24.2 BILLION.  It used to be fun at one time, but now the security checks, check-in procedures and overcrowded airports have certainly taken the gloss away.    I often wonder who actually votes for the airlines that ‘win’ the awards for the world’s best airlines, but Singapore Airlines get my vote…..as does Singapore Airport (SIN) for the world’s best airport.    Norway’s Oslo (OSL) airport certainly deserves an award, not for comfort or for convenience, but for the lack of facilities and unpleasant surroundings.    Every time that I fly into or out of OSL I am struck by what a DISGRACE it is for Norway.  It does not get any better either.

Work means that I fly more than I would like but occasionally there are some perks….like this sunset last month, seen from an aircraft window in Norway….

and another photo from the archives…an unlucky weekend motorist (Ferrari) gets a ticket in Stockholm, Sweden….

Thought for the day…” Never argue with stupid people, they will drag you down to their level and then beat you with experience” (Mark Twain).         ” A fool and his money are soon partying’.

Saw a couple of interesting stories in the news.  In Britain, Barclays bank is planning to cut 12000 jobs yet at the same time, is raising bonuses for investment bankers.   According the British Guardian newspaper, the average bonus paid last year to investment bankers was over GBP 60 000 each.   That will not be happy reading to the 12 000 Barclays staff who will lose their jobs.   Also interesting in the news, again from Britain, is that the police there will be able to access people’s private medical records online.  So much for privacy and for the doctor-patient relationship.    There is a good website on the internet which often reveals stories like these, usually very good reading,   http://www.infowars.com         Many of the articles are about things that they would probably prefer that you do not know.

Spring sunshine over an Icelandic fishing village for today’s photo.     Iceland has a small population, around 300 000 people and averages around 3 people per square kilometre.   Its flag, a red and white cross on a blue background is said to represent the sea (blue), snow (white) and volcanoes (red).

There are around 130 volcanic mountains on Iceland, several of them still active.  The capital, Reykjavik is the world’s most northerly capital.  Interestingly, beer was banned in Iceland until 1989, prostitution became illegal in 2009 and strip clubs were banned in 2010.   Another interesting fact is that Icelanders drink more Coca-Cola per person than any other nation.

Thought for the day….” You cannot have what you do not want”.

“Take time to recharge your batteries.  It is hard to see where you are going when the lights are dim”.

The fun stops now !    Just imagine being out in your Ferrari on a Sunday afternoon.  You just HAVE to drive a Ferrari fast.   Today’s photo was taken Stockholm, Sweden.   The driver of the Ferrari had been driving up and down Strandvagen (an expensive waterfront street in the Swedish capital), a street where a Ferrari does not look out of place.   Clearly he was enjoying the drive UNTIL the flashing blue lights came on behind him.   The famous prancing horse on the badge of Ferraris was originally a symbol of Count Francesco Baracca, who was a pilot in the Italian Air Force.  A Swiss motorist who was caught in 2010 driving his Ferrari near St. Gallen at 137 km/h in a 50 km/h zone received a speeding ticket of USD 290 000.  The fine had been increased because he was a repeat offender.